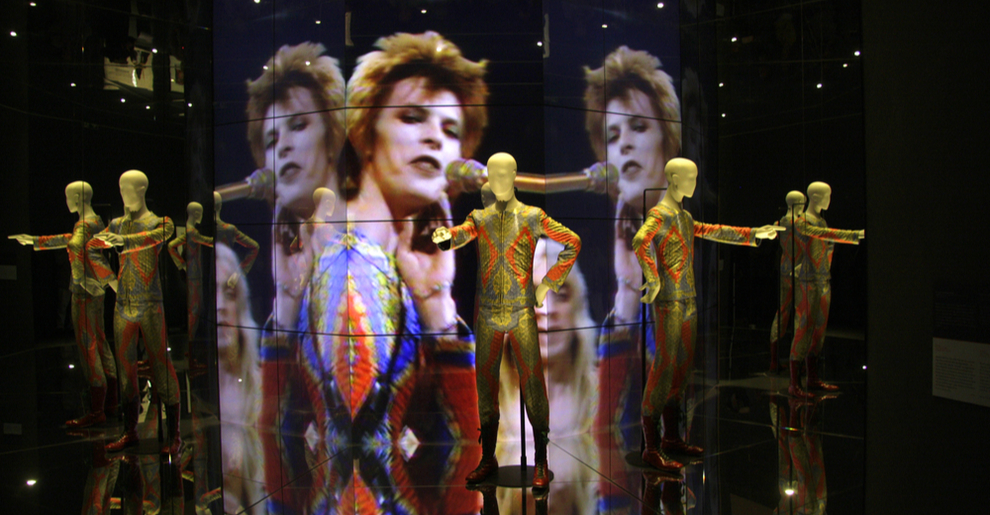 It has now been 50 years since David Bowie’s iconic album, The Rise and Fall of Ziggy Stardust and the Spiders from Mars, was released.

First hitting record stores on 16 June 1972, Ziggy Stardust is considered by many to be Bowie’s “breakthrough” album – the one that set him on the path to becoming one of the most revered rock stars of all time.

Now, five decades after Ziggy Stardust’s release, and six years after Bowie’s death, the album remains as beloved as ever.

What you may not know, though, is that Ziggy Stardust took Bowie on both a personal and musical journey that could inspire you beyond dying your hair red and donning a Lycra jumpsuit. Indeed, there are lessons to be learned from Bowie’s space-age persona, even 50 years on.

1. Focus on the future, not the past

When an album is named The Rise and Fall of Ziggy Stardust and the Spiders from Mars, you can expect its themes to be a little futuristic.

Indeed, with tracks like ‘Five Years’, ‘Moonage Daydream’ and ‘Starman’, Bowie presented an out-of-this-world view of the future. An apocalypse might be near, but unknown possibilities will always be out there, as Bowie sings, “waiting in the sky”.

The album’s central persona, Ziggy Stardust, is more than a “leather messiah” with great taste in shoes. Ziggy is a forward-thinker who doesn’t look back, but focuses solely on the future of humanity, planet Earth, and what it means to be a star.

When it comes to your own life, in particular your finances, it could be easy to stay focused on the past. Perhaps you have made financial mistakes you aren’t proud of, or haven’t reached your savings goals in recent years due to unforeseen circumstances.

While these are important lessons that should inform your future financial decisions, negative financial habits and experiences can bleed into your future if you aren’t careful. It is vital that you look to the future with a clean slate, and think carefully about what you want to achieve in the coming years.

Instead of being weighed down by past financial mistakes, take a leaf from Ziggy’s book and become inspired by your potentially successful future. Just as Bowie was ahead of his time when he made Ziggy, you too could carve a new path for yourself, rather than falling back into old habits.

2. Letting your success take over your life could be detrimental to your wellbeing

Famously, David Bowie’s Ziggy Stardust tour was a theatrical spectacle to behold. During these performances, Bowie became totally immersed in the character he had created.

Shockingly, over a full year of performing Ziggy all over the world, Bowie felt the lines between his own personality, and the persona he had created, begin to blur.

Speaking in Christopher Sandford’s Bowie: Loving The Alien, Bowie says, “[Ziggy] wouldn’t leave me alone for years. That was when it all started to go sour. My whole personality was affected. It became very dangerous.”

Just as Bowie became consumed by the very thing that helped shoot him to international rock ‘n’ roll stardom, you could find that your wealth becomes all-encompassing over the years.

Indeed, if you have achieved significant financial success, it could be that organising and maintaining your wealth keeps you up at night. It is easy to become obsessed with the value of your investments, for example – especially in times of volatility, like those we have experienced so far in 2022.

Losing sleep over your money can be detrimental to your mental health, as well as to your financial viability. By becoming stressed about your money, you could make rash or uninformed decisions that might damage your portfolio in the long run.

3. Know when it’s the right time to retire

After global success, fans were shocked when David Bowie “retired” the character of Ziggy Stardust. On his final tour date in 1973, Bowie announced to the crowd that this would be Ziggy’s last ever show.

It may seem counterintuitive to lay such an iconic and lucrative character to rest, but as usual, Bowie was thinking ahead when he made this move. Fearing he would remain stuck with Ziggy forever, Bowie had developed a new character, Aladdin Sane, who went on to further define his meteoric rise to stardom.

By “killing” Ziggy Stardust, Bowie was able to move on to new projects, and continue his artistic journey without staying too long in one phase.

When it comes to your own career, and the money you have earned, using Bowie as inspiration could be highly constructive. You might think that working for as long as possible would be a smart move for you and your family, but in actual fact, you may be able to retire earlier than you had thought.

Using cashflow modelling, your financial planner can help you determine exactly when you might be able to retire. Rather than a relentless pursuit of “more”, you may find that you already have enough wealth to live the lifestyle you want for the rest of your life.

Your financial planner is your ally as you approach retirement, helping you pave a bright future for yourself and your loved ones. If you are looking for guidance on retirement, we can help you decide when to move on to your Aladdin Sane era, and leave Ziggy behind once and for all!

Whether you’re a Bowie fan or not, his ability to anticipate the future and pave the way for new opportunities was astounding.

If you are looking for guidance on following your own path when it comes to your finances, get in touch with us today. Email [email protected] or call us on 0345 505 3500.

The value of your investment can go down as well as up and you may not get back the full amount you invested. Past performance is not a reliable indicator of future performance.